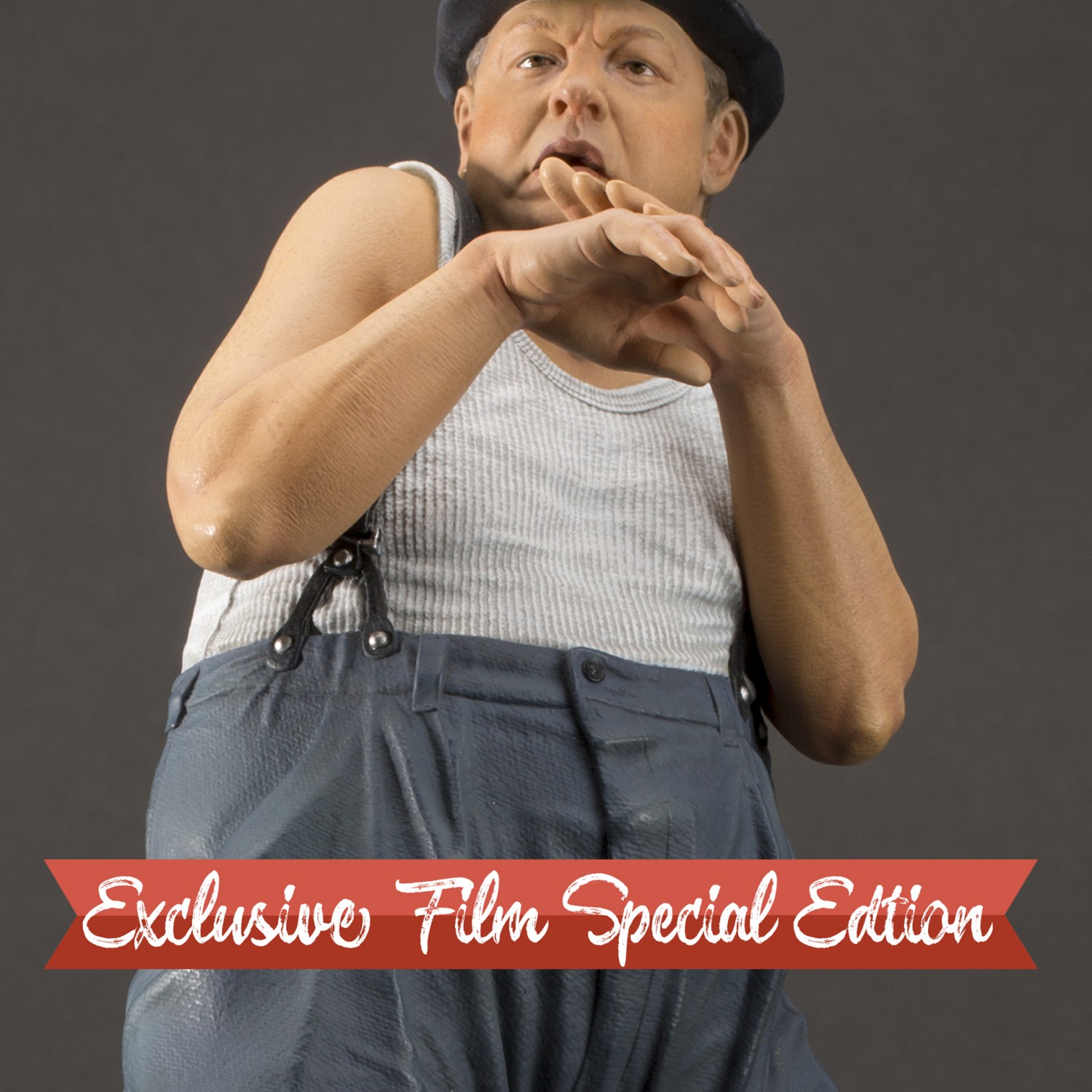 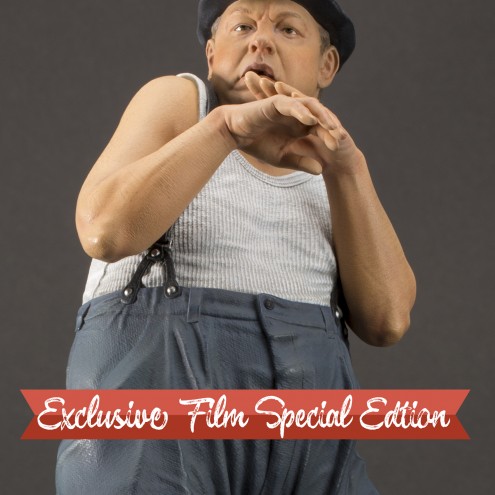 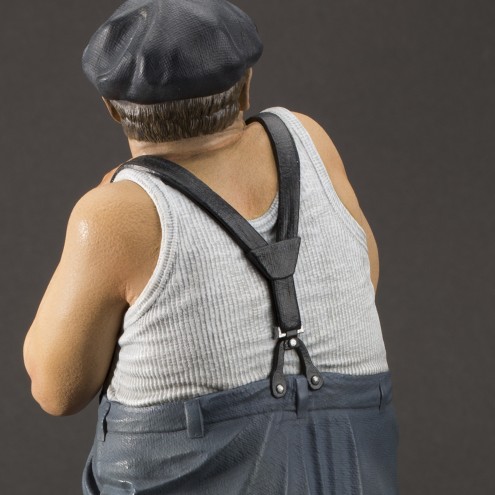 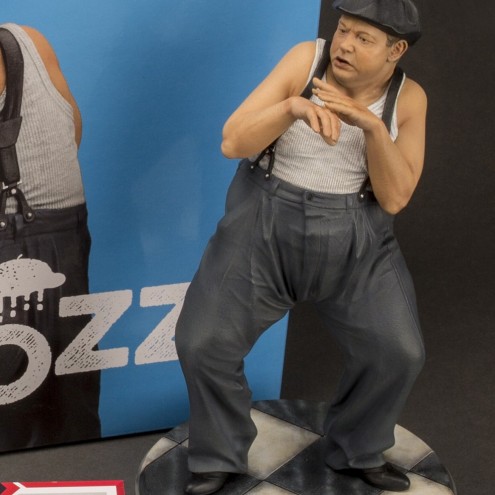 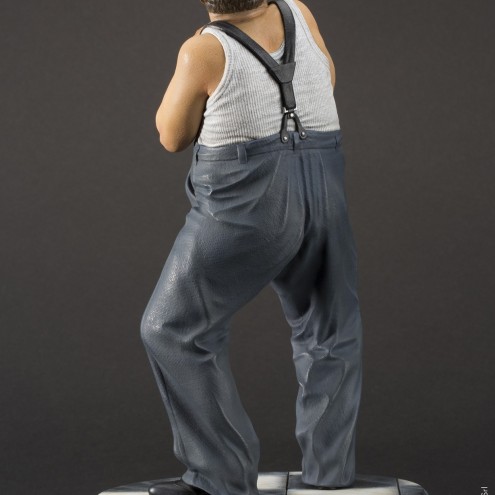 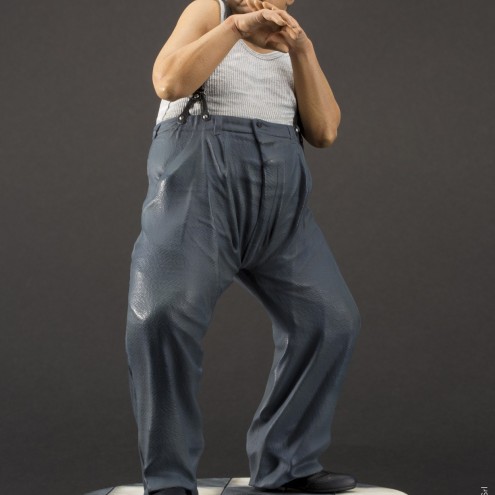 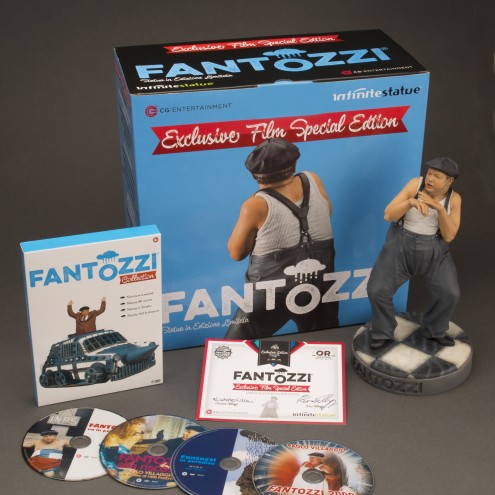 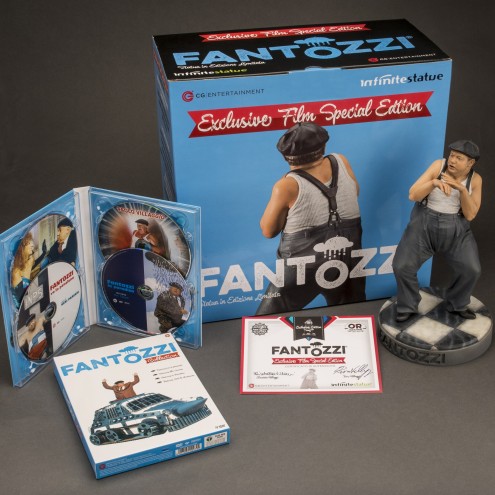 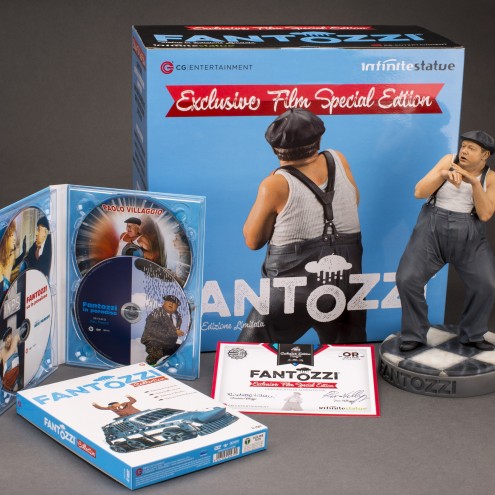 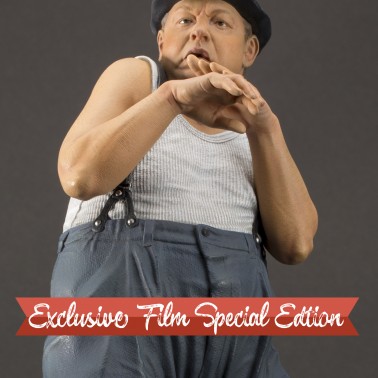 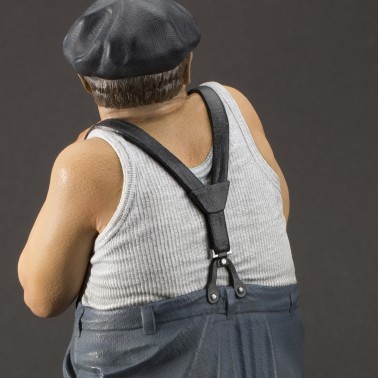 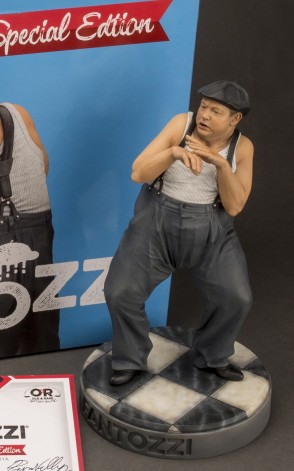 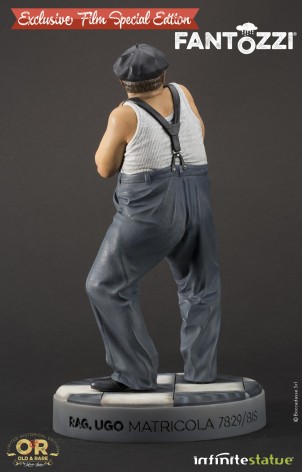 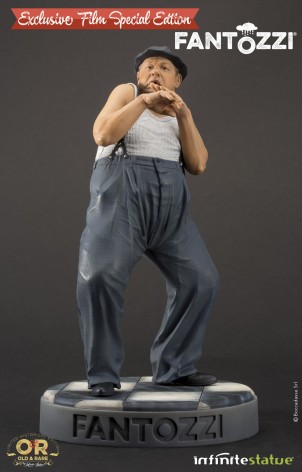 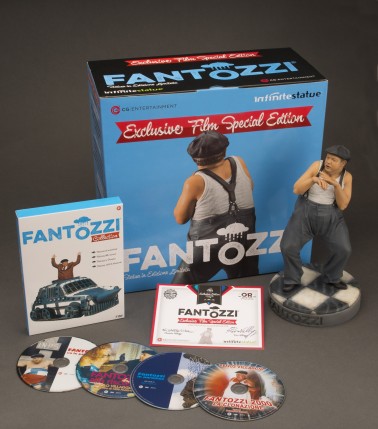 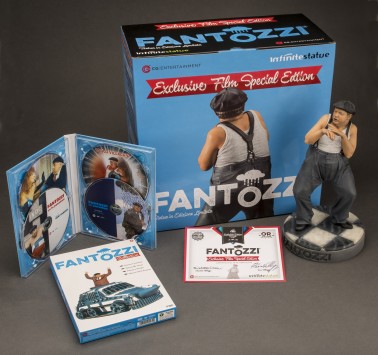 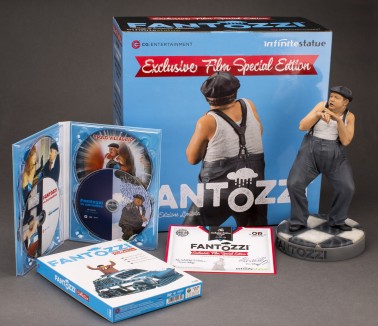 Special edition DVD box limited to 200 pieces, featuring one statue of Fantozzi with special colouring and 4 DVDs of his best films. Produced in collaboration with CG Entertainment, the box set also includes a Certificate of Authenticity signed by Elisabetta and Piero Villaggio.

With this little phrase Fantozzi expressed his desperation as a victim of fatal events that we all have sometimes been.For many years the image of the most famous “accountant of Italy” has been part of popular culture for over thirty years, its typical phrases, its expressions are synonymous of bad luck, submission of the employee and at the same time source of constant laughter. The misadventures of Fantozzi can be seen thousands of times, and like all the greatest comic masks of all time, they make us laugh like it was the first time. Like all the great comedians, Paolo Villaggio in his character Fantozzi, has been discovered and rediscovered continuously and every time better and better re-evaluated, fully understanding the great analytical and social depth that with his films could describe making us laugh. Fantozzi is now in the common lexicon, "fantozziano" is rooted in language: the  life of the ordinary man, of the subordinate, of the “accountant” Ugo Fantozzi, matriculation 7829/bis .

Infinite Statue and Old & Rare in collaboration with CG Entertainment presents this special edition of the statue of Fantozzi for all the fans of his films and those looking for a unique gift dedicated to the most beloved comedy character of Italian cinema.

Only 200 numbered copies, this special pack contains a small treasure: the statue in "gray clerk" edition, 4 DVDs in special packaging and exclusive digipack with the movies: Fantozzi va in pensione, Fantozzi alla riscossa, Fantozzi in Paradiso e Fantozzi 2000 - La clonazione and a Certificate of Authenticity signed by Elisabetta and Piero Villaggio. All this for the joy of those who want something even more exclusive and unique!