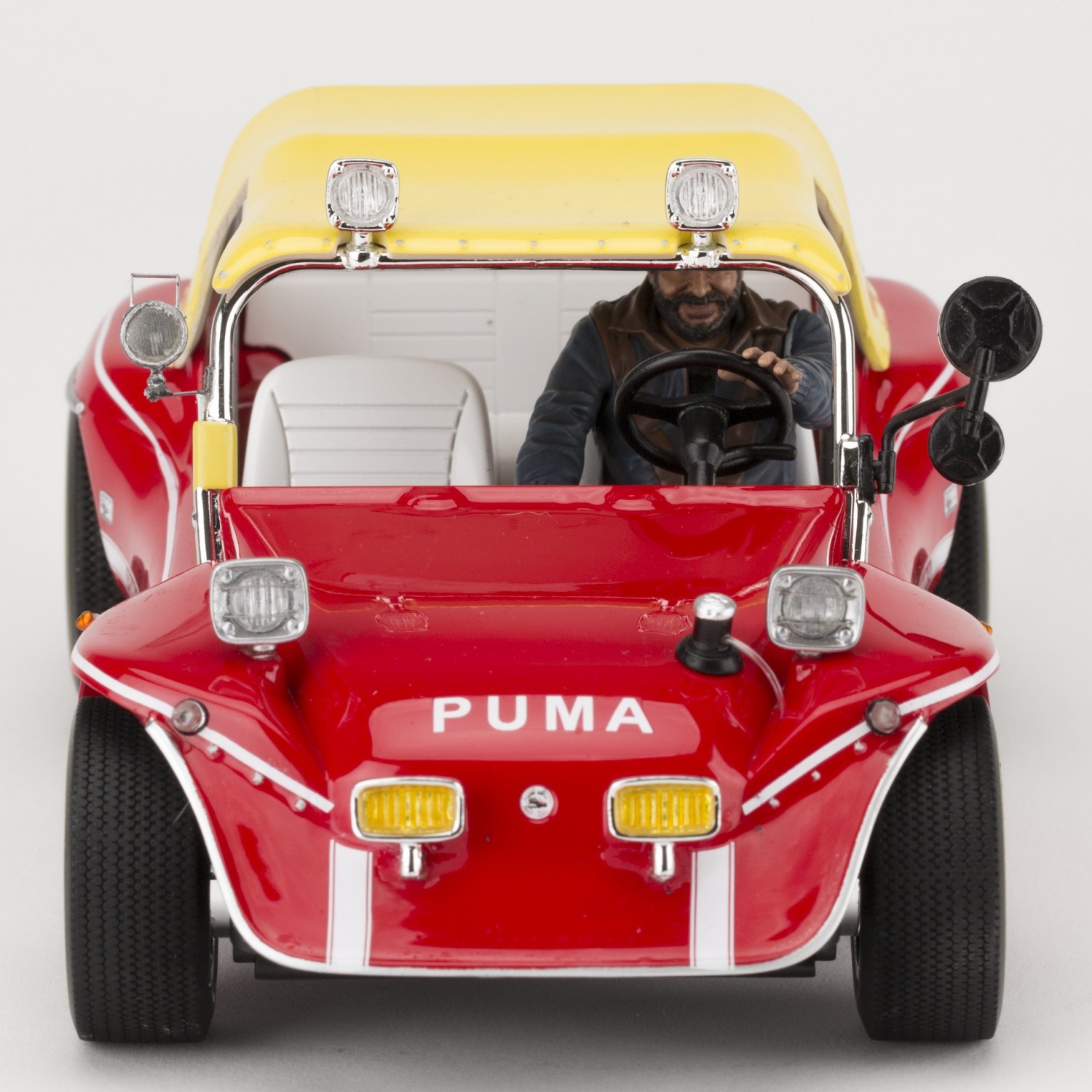 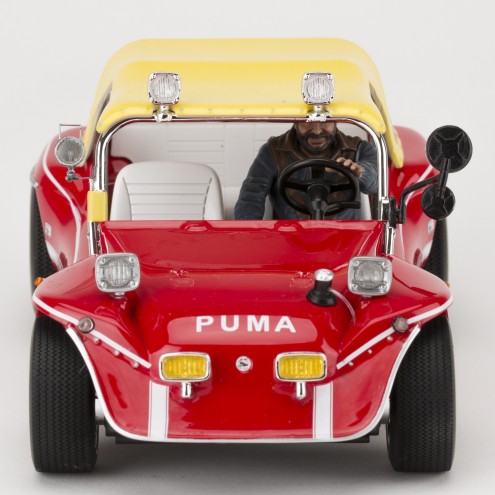 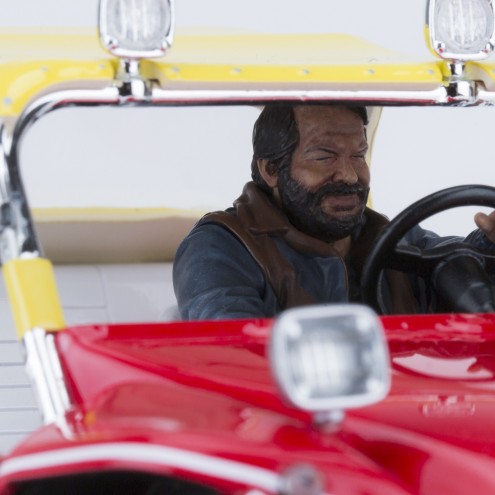 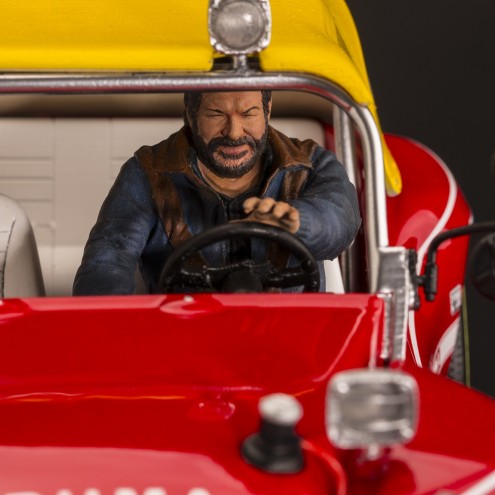 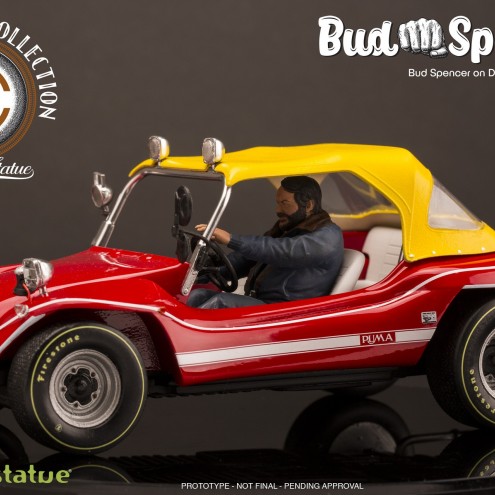 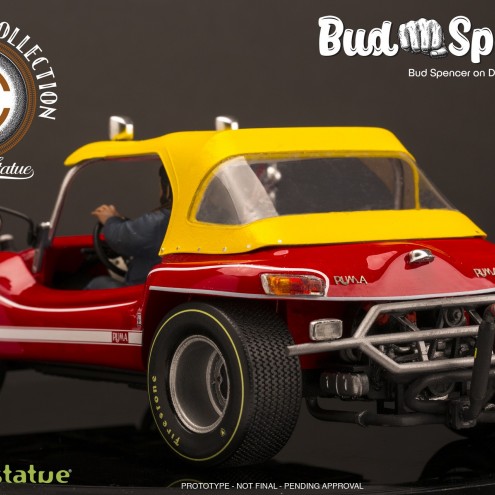 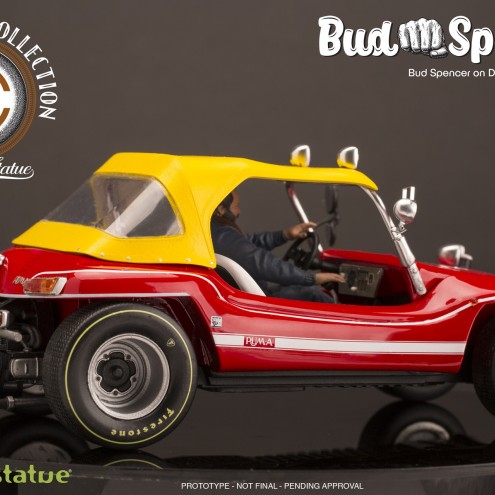 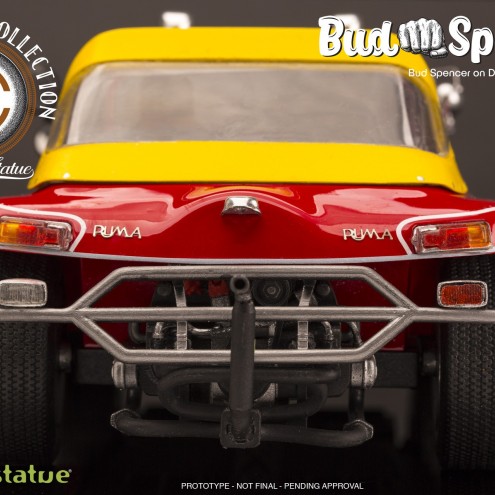 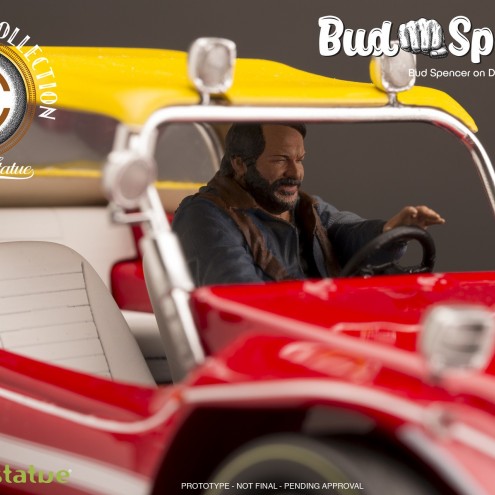 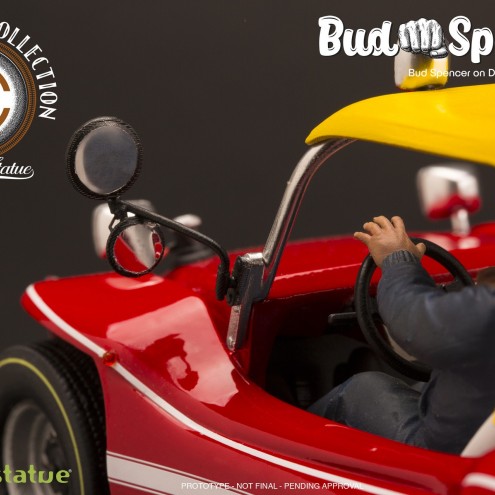 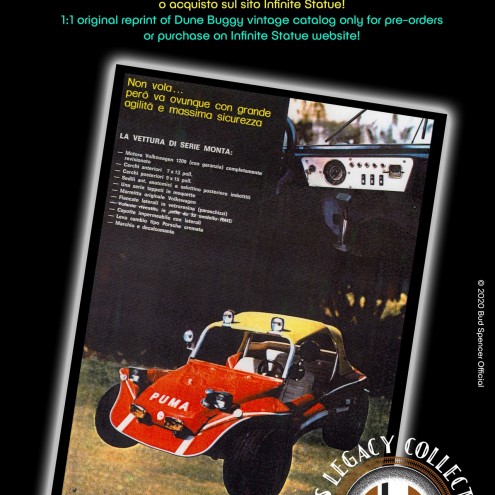 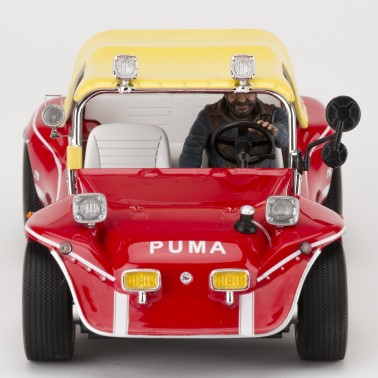 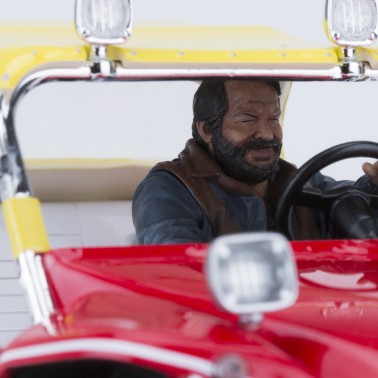 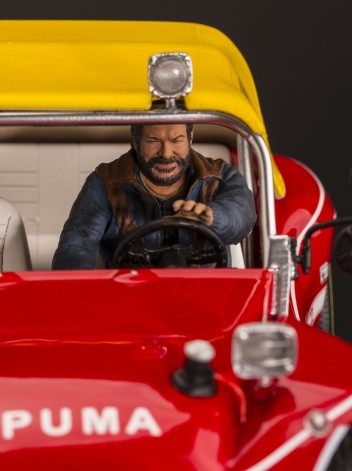 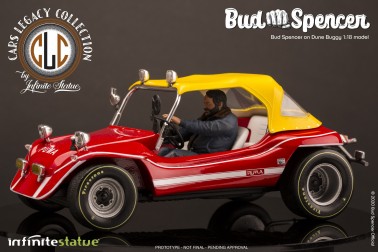 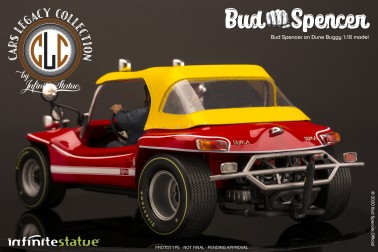 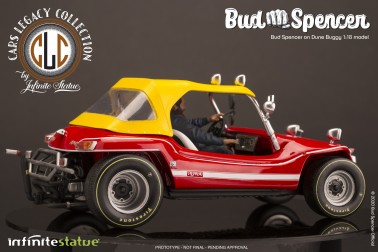 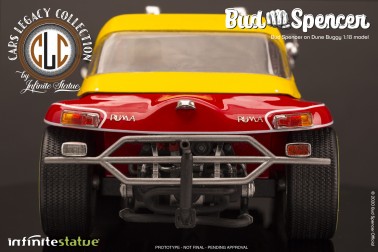 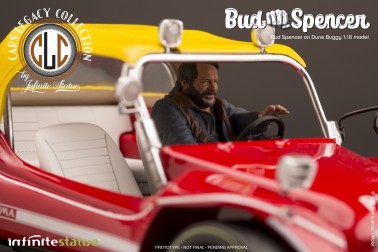 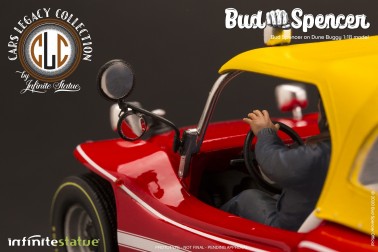 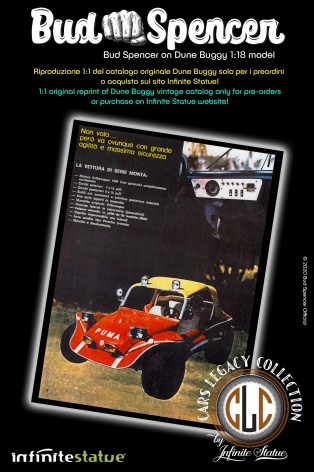 More than a “beach car” or a rebel “anti-car”, the Dune Buggy is the natural child of youth counterculture. It was the outcome of an idea by Bruce Meyers, boat-builder, mechanic and surfer, assembled on the chassis of the then-ultra-popular Volkswagen Beetle, and it was a true revolution, a symbol of freedom from rules, roads, and mass standardisation. Initially named Manx (the breed of tailless cats from the Isle of Man), it became famous as the Dune Buggy. It reached Italy in the epochal year 1968, in the form of a construction kit that Adriano Gatto’s Rome-based company Puma promoted as the “Puma Gatto spider tipo spiaggia” (beach-type Puma Gatto spider). But its true consecration arrived with the film “Watch Out, We’re Mad!” (1974) starring the legendary duo Bud Spencer and Terence Hill. In the film (which attained incredible success, a box-office sensation distributed world-wide), the Dune Buggy is the real star, the coveted object of attention, the cause of countless challenges and fist-fights. Still today, it cannot fail to charm, and it exerts its fascination on everyone, from nostalgic fifty-year-olds to young people whose curiosity is kindled by this unorthodox car that evokes the tang of the sea and the carefree joy of those unforgettable years.

With the help of enthusiasts and experts who meticulously restored and reconstructed the original vehicle used in the film “Watch Out, We’re Mad!” (which was very different to the original kit on sale to the general public), and the professional skills of automobile designers, 3D modellers and scale model specialists, we have been able to create an accurate model of the real Puma Dune Buggy that Bud Spencer wanted more than anything else!

With over 80 components specially designed for this model, enhanced by many photo-etched details, our Dune Buggy is perfection itself, at 1:18 scale. And of course, the driver could only be the man himself, Bud Spencer, who, with his infectious joy and satisfaction for “his” Buggy, makes this model genuinely unique. The Buggy isn’t a Buggy without Bud, and Bud couldn’t be Bud without his Buggy!

EXCLUSIVE BONUS FOR PREORDER OR BUY ON OUR WEBSITE: THE REPRINT OF THE ORIGINAL VINTAGE "DUNE BUGGY" CATALOG!

Related Products ( 2 other products in the same category ) 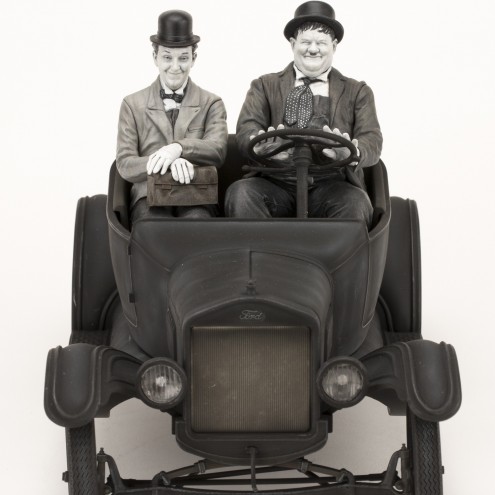 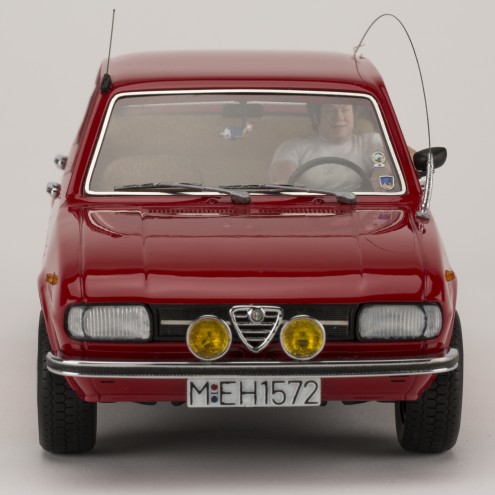 €139.30
Amitrano on Alfasud 1:18 resin model is the new replica from the line Car Legacy Collection. This super detailed, hand-painted masterpiece is...

